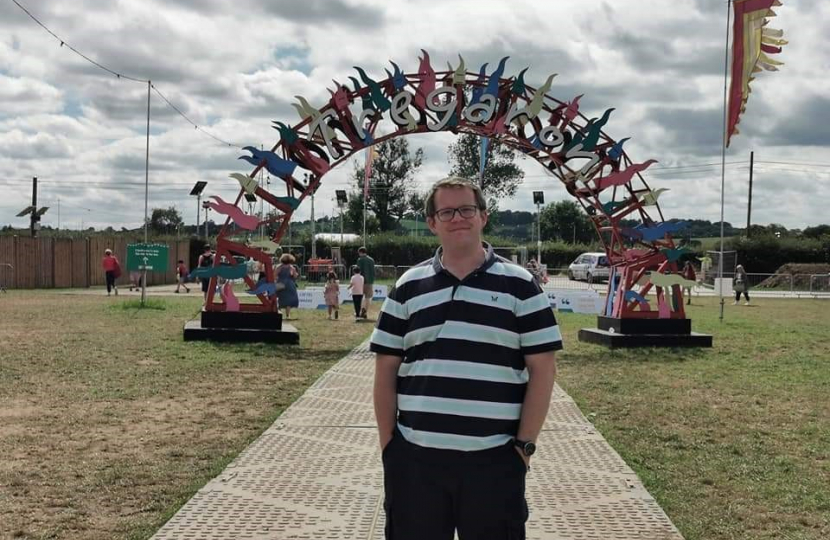 I was particularly pleased this year to once again be able visit the National Eisteddfod, which was held in Tregaron. As many will be aware the previous two years were cancelled due to COVID pandemic and so this was a reassuring sign that we are finally starting to regain some normality. As always I was glad to see such a proud display of Welsh culture and heritage and celebration of the identity of Wales. I was also pleased to see the Secretary of State for Wales and so many Conservative MSs welcomed and join in the celebrations, I believe it shows just how much Conservative principles and values are a major part of Wales’s political identity.

This year’s Eisteddfod theme focused on encouraging the Welsh language and including Welsh learners to take part in events. Supporting Welsh language and Welsh heritage is a one of many priorities to the Welsh Conservatives and I am proudly supporting the Welsh Conservative calls to establish a National Poetry Library for Wales to ensure that Welsh culture is protected and accessible to all.

It is unfortunate that Wales is the only country in the UK without a poetry library and this will allow us to not only look back at poets like Dylan Thomas, but also allow us to encourage and celebrate the Welsh poets of today and tomorrow. The library will celebrate both English and Welsh poetry and be a place for poetry lovers both home and across the world – thus helping to ensure that Wales is valued as a cultural hub.

Whilst we recognise that Welsh identity is a hugely important aspect in helping communities to flourish, we need also to be acutely aware that we do not end up creating a two tier society which excludes those who do not speak Welsh. As a modern economy it is important that we can attract businesses to set up here, create jobs and encourage those with specific skills to move to Wales, and therefore we need to be mindful that if we are to compete in a global market we need other languages in Wales as well.

Languages are a key part of businesses enterprise because it enables them to reach out into the wider world. However, unfortunately, after 22 years of Welsh Labour controlling the education system in Wales we have seen a collapse of language learning. Since 2015 the Welsh Government has increased spending on their Global Futures programme by 72%, but have seen GCSE entries for French and German decline by 41% and 45% respectively.

I argue that whilst it is good to encourage the Welsh Language and its use we should not forget that to be part of a global world we need to embrace other languages as well.