In the Press: Joel James MS on agriculture and Labour's Tourism Tax 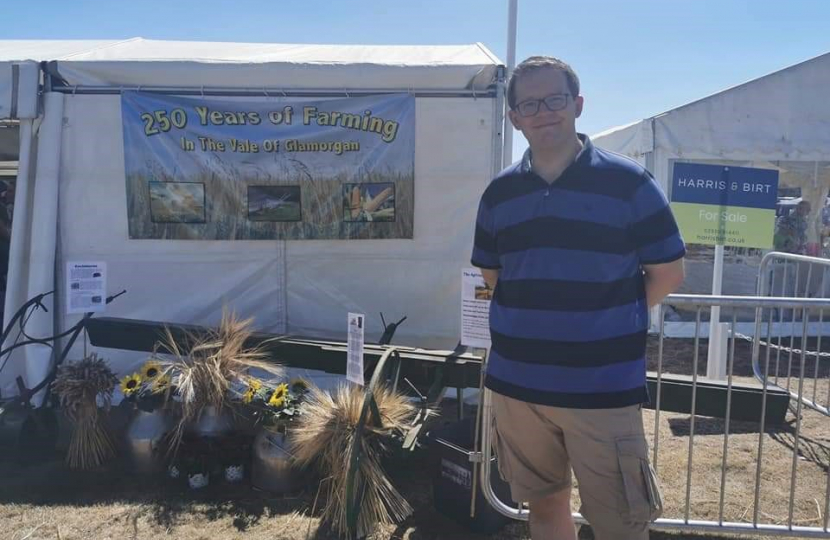 It was brilliant to attend the Vale of Glamorgan Agricultural Show after its two-year hiatus, and it was particularly reassuring to see such high attendance and excitement for the Show from local farmers, people from urban areas, and tourists.

Not only does the agricultural industry, and agricultural shows, attract a huge number of visitors, but also support a significant number of jobs in our local economy. It’s not just the people who work in agriculture, but also in other places that benefit like cafes, pubs, and restaurants in addition to those who work in the supply chains. All of these industries begin with hardworking farmers and; customers who buy the produce – both local and tourists.

All those people were seriously impacted when Covid arrived. The restrictions that followed were tough for businesses and, thankfully, the UK Conservative Government stepped in with their furlough scheme to stop things from getting even worse.

After the end of restrictions, businesses were starting to bounce back but have now been given a double-whammy of bad news from the devolved Labour Government.

There’s the incoming Tourism Tax, where visitors will be charged for spending time in Wales.

In truth, we don’t have full clarity about what this will entail – Labour First Minister Mark Drakeford recently said that “it isn’t just people coming to Wales for tourism purposes; the levy will apply to visitors for other reasons as well.”

So, they won’t just charge people for spending a night at a Bed & Breakfast in Penarth, but they may well charge your relatives from Gloucestershire who come to Wales to celebrate a birthday or wedding.

It is nonsensical and will put off people from visiting Wales and damage our local economy.

This will lead to the destruction of many businesses, including those run by local people with little disposable income to offset these punishing changes. Many jobs will be lost and livelihoods destroyed – this will be awful for our economy and tourism sector. The really important statistic is 1-in-7. That’s the total number of jobs in Wales that rely on the tourism industry, up and down the country from Conwy to Cardiff.

I fear that this will be all the harder for those who fear it may be the last one before the Labour Government bring in changes with the potential to fundamentally undermine the tourist industry and have a significant impact on industries that support tourism – such as agriculture.