Politics and a Pint 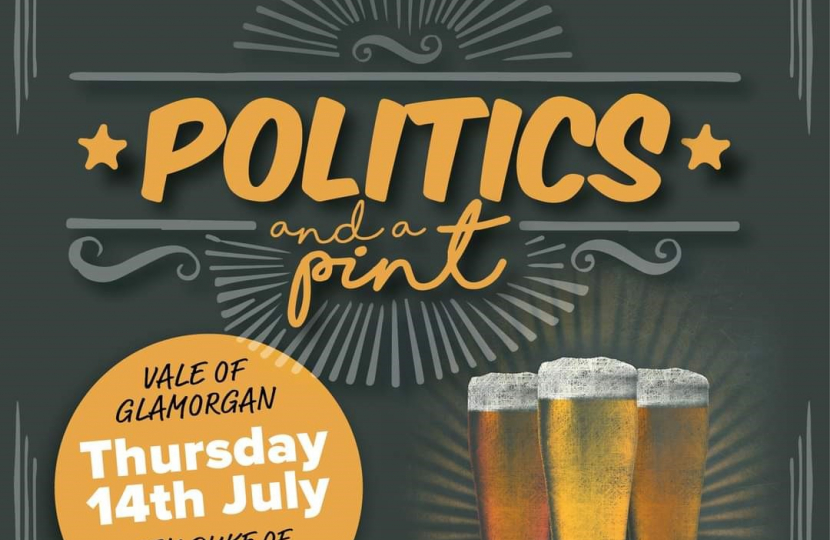 Joel James MS was pleased to hear the views of residents across South Wales Central during ‘Pints and Politics’ along with Andrew RT Davies in Cardiff, Rhonnda Cyon Taf and the Vale of Glamorgan.

By connecting with residents, Joel was able to understand further the issues facing the people of South Wales Central and hear their concerns on a wade range of issues, including concerns over expansion of the Senedd.

Residents also raised concerns over pressing issues the Welsh Government’s trial of Universal Basic Income and the impacts it will have on the economy and those in long term need of assistance and how changes in legislation affecting private landlords will impact the housing market.

Speaking after the event, Joel said:

‘It was fantastic to meet people right across South Wales Central and hear their concerns and understand the issues facing them. It also interesting to listen to resident’s concerns over the expansion of the Senedd and where money could be better spent’.

He would like to thank everyone who attended and looks forward to meeting them again.