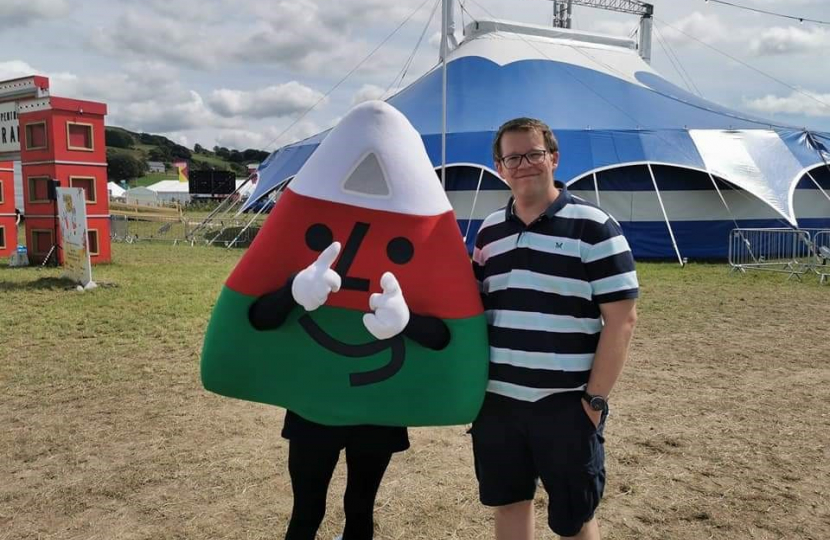 Joel James MS for South Wales Central was pleased to attend the National Eisteddfod in Tregaron on the 1st of August. He was glad to see the Secretary of State for Wales and so many Conservative MSs join in the celebrations and said how it shows how much Conservative principles and values are a major part of the Welsh political identity.

Commenting on this, Joel said ‘The National Eisteddfod was a fantastic opportunity to prove the need for a National Poetry Library. Since Wales is the only country in the UK without such a library, we are being left behind and unable to unleash our cultural potential as a hub for poetry lovers worldwide.

Joel recognises the importance the Welsh identity has in helping communities to flourish, but also understands the significance of not creating a two-tier society which excludes those who do not speak Welsh.

Joe commented saying that ‘A modern economy must ensure that we attract businesses, create jobs and encourage those with specific skills to move to Wales, and therefore we need to be mindful that if we are to compete in a global market we need other languages in Wales as well. I argue that whilst it is good to encourage the Welsh Language and its use we should not forget that to be part of a global world we need to embrace other languages as well’.