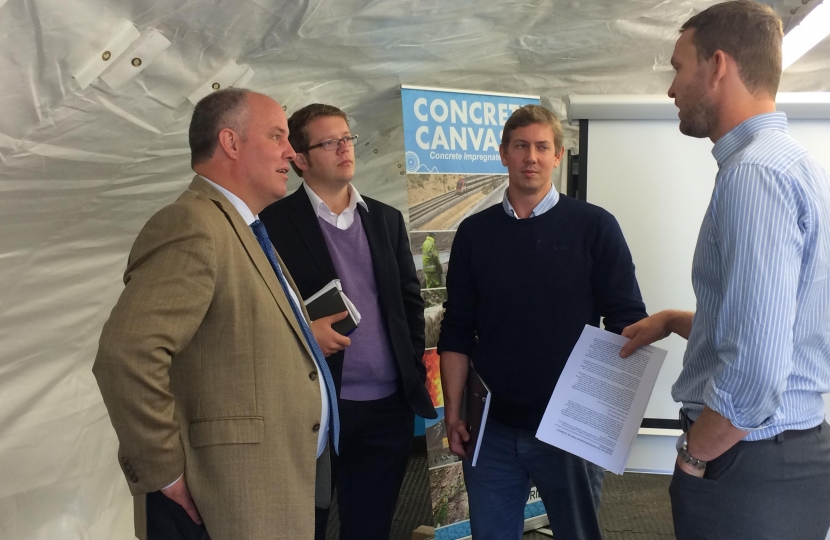 Joel has been working closely with the Welsh Conservative team to ensure that investment is pumped into Pontypridd helping drive up job growth and bring in vital high skilled employment. Joel recognises that Britain’s economic recovery is strengthening but, under Labour, Wales is falling behind. David Cameron and the Conservatives have shown that they can deliver for the UK. The Welsh Conservative team will bring the same focus and discipline to provide a better future for Pontypridd.

Welsh Conservatives would deliver more efficient and effective job creation schemes. The Welsh Government’s schemes are unsustainable, disproportionately support younger people, and set older worker against their younger counterparts. Our “Journeys to Work” policy operates within existing budgets used by the Welsh Government. We would encourage businesses to take on employees with Employee Incentive Grants – enabling us to offer twice as many placements. We will end the age limit that the Welsh Government have put on learning, and open up work opportunities for people of all ages. Currently, those over the age of 24 are too left behind – whilst other schemes restrict support too rigidly along geographical lines.

“Here in Pontypridd we need the vital investment in job creation and skills growth that Jeremy Corbyn’s Welsh Labour Party simply aren’t delivering. It is only with the strong and competent leadership, shown by the UK Conservative Government, that we need here in Wales, to bring more jobs and higher skills to our valley,” commented Joel.